In whom ye also trusted, after that ye heard the word of truth, the gospel of your salvation: in whom also after that ye believed, ye were sealed with that holy Spirit of promise, which is the earnest of our inheritance until the redemption of the purchased possession, unto the praise of his glory.

A dear LDS friend asked me this question after reading my work: what about pastors who serve faithfully for decades and then go full-blown Atheist? Were they ever saved?

As I pondered this question, Peter and Judas came to mind. Both were apostles and both of them knew Jesus. Peter denied Christ three times and Judas betrayed him to His death, yet one of them was saved and Jesus said of the other, it would have been good for him if he had not been born (Matthew 26:24). Why is that?

In my LDS days, I might have said that one repented and the other didn’t, thus pinning eternal life on one’s fruits. However, as an Evangelical, I’m no longer satisfied with that perspective. The deeper question is: what led one man to repent and the other not to?

To answer that, we need to look to the root of their motives. My understanding is one of these men had faith and the other did not. Peter was a saved Christian, but Judas was a wolf in sheep’s clothing.

For if the first fruit be holy, the lump is also holy: and if the root be holy, so are the branches.

This falls in line with what Christ says in Matthew 7:17-18:

In other words, if the seed of faith has been planted and taken root, we won’t be able to reject Christ later, even if we temporarily lose sight of Him.

In contrast, Jesus explains in Mark 4:16-17 what happens when the seed is planted in a stony heart and unable to truly take root:

And these are they likewise which are sown on stony ground; who, when they have heard the word, immediately receive it with gladness. And have no root in themselves, and so endure but for a time: afterward, when affliction or persecution ariseth for the word’s sake, immediately they are offended.

Even if they seem Christian for a time, those without faith are unsaved and cannot endure to the end. This is why 1 John 2:19 states:

A Closer Look at Peter and Judas

If we look closely at Judas, we see a number of problems even before he betrayed Jesus. In John 6 Jesus teaches some difficult doctrine and some of his disciples leave (verse 64 implies that the departure is due to unbelief).

Jesus looks at his disciples and asks, “Will you also go away?”

Peter responds in verses 68-69 (KJV), “Lord, to whom shall we go? Thou hast the words of eternal life. And we believe and are sure that thou art that Christ, the Son of the living God.”

The dichotomy is simple. Those who don’t believe leave, and those who do believe stay.

Jesus responds with a shocking statement: “Have not I chosen you twelve, and one of you is a devil?” Verse 71 reveals that the man He singles out is Judas Iscariot.

This means that Judas is special among the twelve, and not in a good way. The others would engage in petty disputes and they would all abandon Christ to his captors, but Judas stood alone as the unsaved individual among them.

For evidence of this, we need only look at John 12, where a woman uses costly ointment to anoint Christ’s feet and hair. Judas protests saying, “Why was not this ointment sold for three hundred pence and given to the poor?” Verse 6 reveals his impure motives:

This he said, not that he cared for the poor; but because he was a thief, and had the bag, and bare what was put therein.

With the aftermath of the betrayal, Judas feels guilty and gives back the silver he was paid, but instead of giving his life over to God, he takes his life by hanging himself.

I would ask my reader: does this sound like the heart of a real Christian to you? Because it doesn’t to me.

Granted, we never know what’s in someone’s heart before they die. It’s entirely possible that Judas experienced sincere repentance at the end. God alone will be the judge.

Slaves to Righteousness or Sin

In Romans 6, Paul uses a surprising analogy in regards to conversion. In verses 17-23 he writes:

But God be thanked, that ye were the servants of sin, but ye have obeyed from the heart that form of doctrine which was delivered you.

Being then made free from sin, ye became the servants of righteousness.

For when ye were the servants of sin, ye were free from righteousness.

But now being made free from sin, and become servants to God, ye have your fruit unto holiness, and the end everlasting life.

For the wages of sin is death; but the gift of God is eternal life through Jesus Christ our Lord.

The greek word rendered “servant” in the King James Bible is δουλους, which can also be translated as “slave”. Slavery is an appropriate analogy to describe the natural man.

Prior to faith we were slaves to sin and our reward was death. No matter how hard we tried, we couldn’t break free. Our salvation was every bit as forbidden as the fruit on the tree of life after the fall.

The only reason we were able to escape that fate, is because Jesus redeemed us by paying our price with His blood. As 1 Corinthians 6:19-20 states:

What? know ye not that your body is the temple of the Holy Ghost which is in you, which ye have of God, and ye are not your own? For ye are bought with a price: therefore glorify God in your body, and in your spirit, which are God’s.

We ought not to think that we’ve been made free through the atonement. Rather, we’ve been traded to a new master. As the bondservants of Christ, we have neither the option nor the desire to leave Him.

At the moment of Peter’s third denial, he sees Jesus and weeps bitterly because of his actions. Why? Because he had faith. Because he was a sold out slave to Christ. He couldn’t sever the bond with his Savior anymore than a branch can sever itself from a vine.

Imagine for a moment that you divorced your spouse and the following week the press showed up at your door looking for answers. Would you be a sobbing mess, confessing to the world that you made a mistake? Or would you say you’d never been happier?

I’ve seen it many times with formerly believing Atheists. They claim they were restricted with their old beliefs and they’ve never been so happy. Does that sound to you like someone who trusted in Jesus, and knew His love and mercy? It doesn’t sound like it to me either.

The Word of God

To Latter-day Saints this seems over simplistic. Everything in their culture and theology suggests that Christ’s grace is obtained through obedience. If it’s really as simple as trusting in Jesus, then any old Christian can have eternal life in the Father’s presence.

What about the restoration, the priesthood, and the saving ordinances? They become obsolete in the presence of Christ. If you really think about it, isn’t Christ’s grace deficient if we have to enable, grow, and sustain it through our actions?

I had an epiphany recently while reading about the iron rod in The Book of Mormon that may help explain my position. I’d always been taught that the iron rod represented the word of God, and I interpreted that as obedience to prophets and scripture.

But it hit me reading this that it’s not so much a question of what the word of God is, but who. The Spirit opened my eyes and showed me the truth. Jesus is the Word of God! As John 1:1 (KJV) states:

The more I consider it, the more sense this new perspective makes. It means Jesus takes us to the tree of life. The narrative stops being about earning our way to salvation, and becomes a story about grace. It can no longer be argued (as I did in my last article) that God doesn’t love those who haven’t made it to the tree. On the contrary, Jesus is the expression of God’s love (John 3:16).

This brings us full circle with the gospel of imputation. Jesus Himself is our iron rod, our liahona, our temple, and our priesthood. It is He who brings us to the tree of life, and His grace is sufficient.

There’s no use fretting over future choices or current struggles with sin. God has made an oath that supersedes all that. If God made a promise He could back out of, He would be a liar. If it hinges on us then it’s morally wrong to make that promise.

But God is sovereign and never goes back on His word. He has given us the Holy Spirit as the earnest of our inheritance, which guarantees our pay out in heaven (Ephesians 1:13-14). Because of this we can know that our salvation is secure in the arms of His grace.

Wherein God, willing more abundantly to shew unto the heirs of promise the immutability of his counsel, confirmed it by an oath:

That by two immutable things, in which it was impossible for God to lie, we might have a strong consolation, who have fled for refuge to lay hold upon the hope set before us:

Which hope we have as an anchor of the soul, both sure and steadfast, and which entereth into that within the veil;

Whither the forerunner is for us entered, even Jesus, made an high priest for ever after the order of Melchisedec. 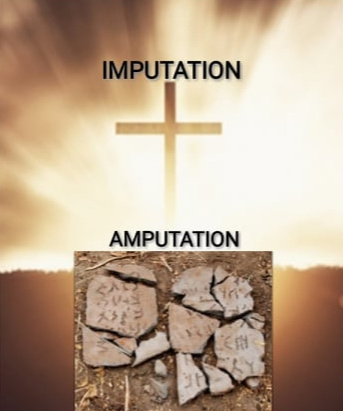 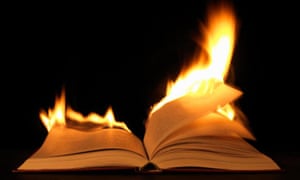 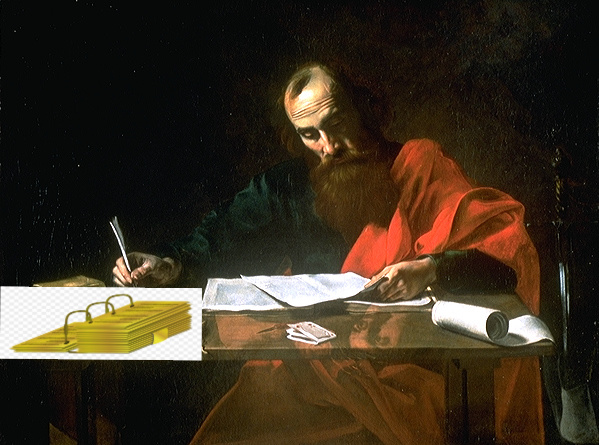 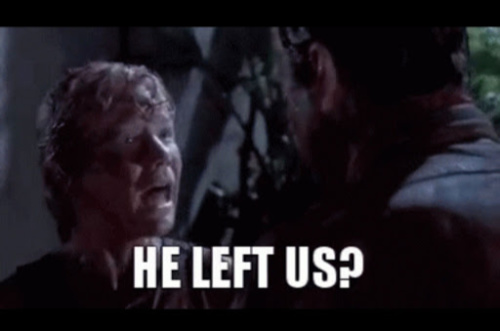 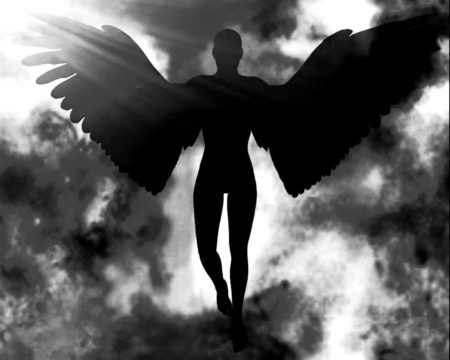